Our candidates - launching our campaign for London

On Sunday 14th May,  London Green Party launched its candidates and its General Election campaign. The party has selected 67 candidates to stand in constituencies across London and campaigning is already underway.

The launch took place in the Holborn and St Pancras constituency where Green Assembly Member Sian Berry is challenging Labour’s Kier Starmer for his seat.

“We’re launching our campaign just a stone’s throw away from St Pancras station, a symbol of our connectedness with Europe here in London. Holborn & St Pancras didn’t vote for Brexit, yet its MP has failed to stand up for a strong deal. Unlike Keir Starmer, who voted to trigger Article 50 and has done little to oppose Theresa May’s plans for an extreme Brexit, Greens will continue to stand up for the rights of our EU citizens, for free movement for students and workers.”

Esther Obiri Darko, the party’s candidate for Tooting and spokesperson on Science and Technology will be speaking at the launch to kick-start the campaign. She said:

"We are the only party truly standing up to Theresa May’s reckless cuts and to her extreme Brexit. Labour have fought cuts to our public services, but have provided no opposition to Brexit. Lib Dems have positioned themselves as the voice of ‘remain’ but are still tarnished by their record in coalition.

"Only the Green Party is both a challenger to Theresa May’s hard Brexit, and the reckless social policies of the Conservatives. If you want to oppose cuts to public services, and extreme Brexit - the Green Party is the home for you.” 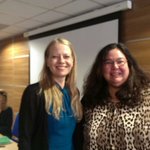 Among those attending Sunday's launch was Carmen Legarda, who has been selected by the Green Party to challenge Matthew Offord MP in Hendon.

As well as being a great candidate, Carmen is making history by being the first woman to stand in a general election in the UK, from the Filipino community.