The Green Party has selected Sian Berry as their candidate for next May’s London Mayoral election.

Transport campaigner Sian, who was elected as a Councillor on Camden Council last year, won an extremely close contest following a month-long internal selection process and a ballot of all London Green Party members. 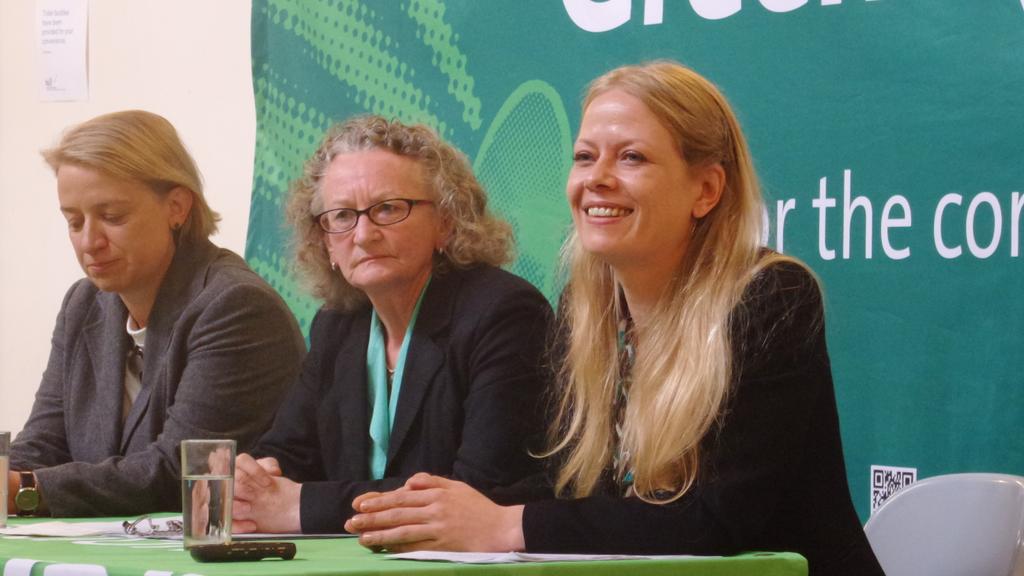 A former Principal Speaker, Sian has also served as the Party's national campaigns co- ordinator. This is the second time she has represented the party in its London elections, having stood as the Green Party's candidate for London Mayor in 2008, running a successful campaign that took the Greens from 7th to 4th and winning the backing of the Independent and Observer.

Green Party members, journalists, and community and campaign groups from across London attended the announcement which was held at the Tenants Hall of the threatened West Kensington Estate. The result was read-out by Green Party Baroness, outgoing London Assembly Member, and former Mayoral candidate Jenny Jones.

In her acceptance speech, Sian announced that if elected as Mayor she would seek to block the Earl's Court regeneration plans and support residents taking over the redevelopment of the West Kensington and Gibbs Greens estates. This would be the first of many resident-led renewal schemes, after estate regeneration under Ken Livingstone and Boris Johnson led to a net loss of over 8,000 social rented homes in a decade. Sian and fellow Assembly list candidates also pledged to win the balance of power on the Assembly to block the Earl's Court scheme, as Green Assembly Members did with the Thames Gateway Bridge under Ken Livingstone.

Sian said: “For most Londoners, including me, housing is the absolute key problem to sort out, and one that might drive us away from our city altogether. Greens in City Hall are already working on ways to give people back the power to shape their own communities, estates and new building projects, and the community here in West Kensington is showing us the way forward as well.

"We must act to stop the need everyone has to put a decent roof over their heads from being exploited, and find new ways of making London truly affordable again. London belongs to all of us, and the Green campaign will work with citizens and communities all over the city to win more power for the people next May.”

As well as declaring the outcome of the Mayoral contest, the Green Party also announced the 11 members who were successfully selected to represent the party as Assembly candidates next May. Topping the list was Sian Berry, followed by Islington Councillor Caroline Russell, Green Party Work and Pensions Spokesperson Jonathan Bartley and former London Assembly Member Noel Lynch*.

"Standing here today with residents of the West Ken Estates tells you all you need to know about why I got in to politics and why I joined the Green Party: to stand up for people who are unrepresented and to fight for the values of fairness, community, and equality that I hold dear.

“It’s also why I am so excited about this London election. In the nearly 16 years I have served as a member of the London Assembly I’ve seen more and more Londoners grow tired of having their city and their lives wrestled away from them and given over to private interests. People want change. Here at West Ken, residents have taken matters into their own hands and next May all Londoners have the opportunity to do the same, simply by voting Green and electing a party committed to giving London back to the people who live and work here.”

Following a recent surge in membership and support, the Green Party is tipped to perform extremely well in next May’s London elections. The party already has two members on the London Assembly, Jenny Jones and Darren Johnson, and finished third in the last Mayoral contest in 2012.

Only Sian Berry, the Green Party candidate for London Mayor, is prepared to take urgent action to stop climate chaos. You can help us to get Sian elected and bring more Green Assembly Members to City Hall here